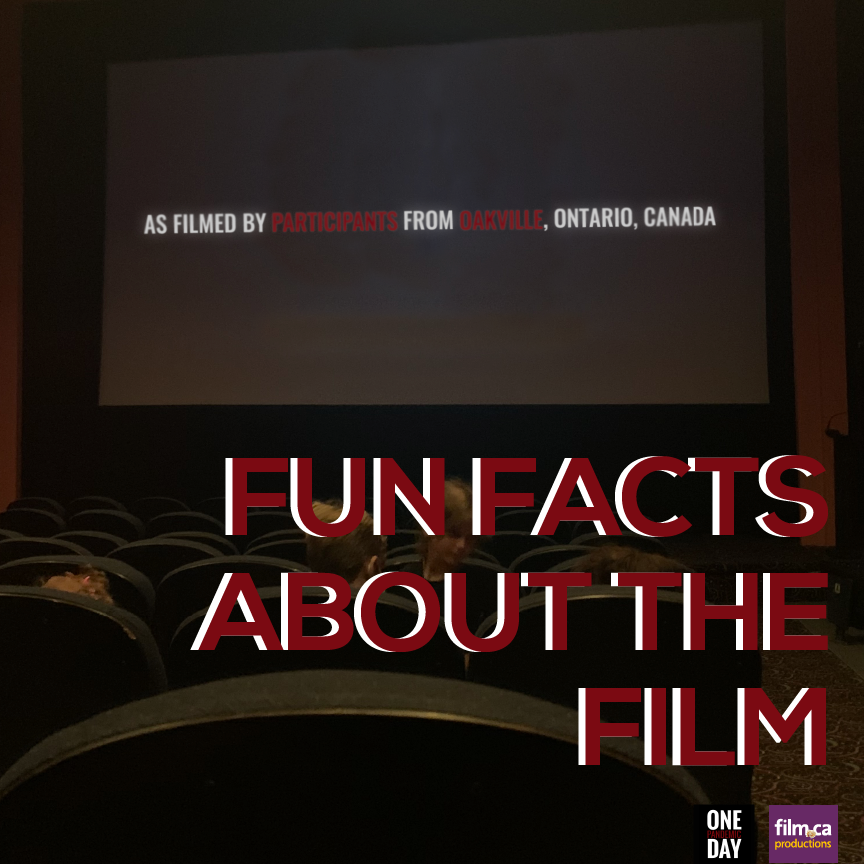 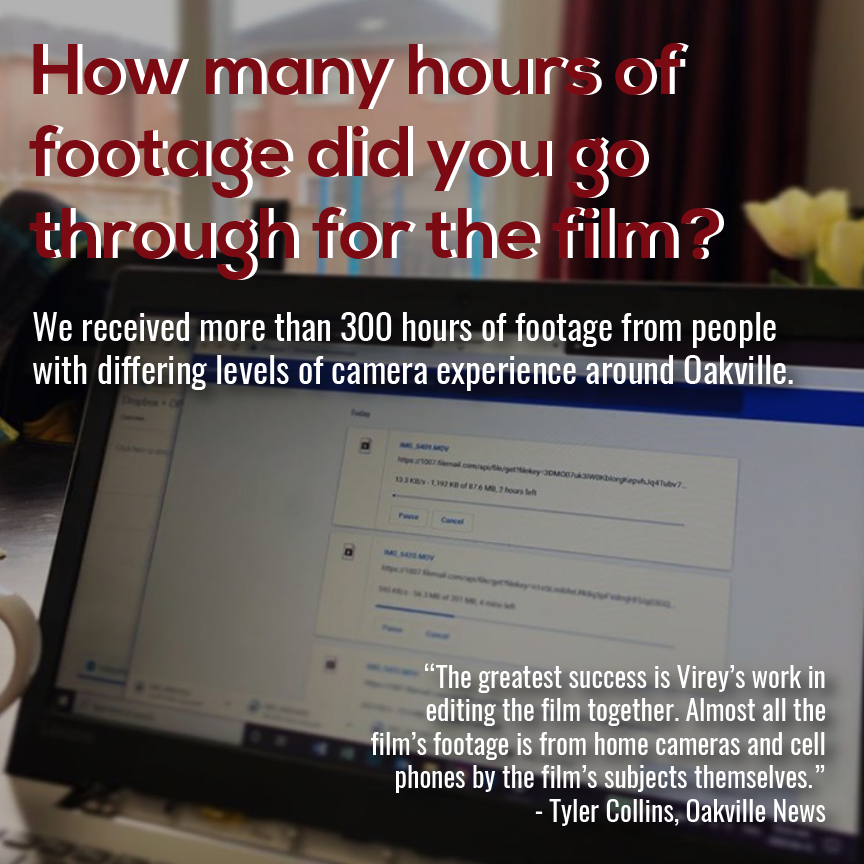 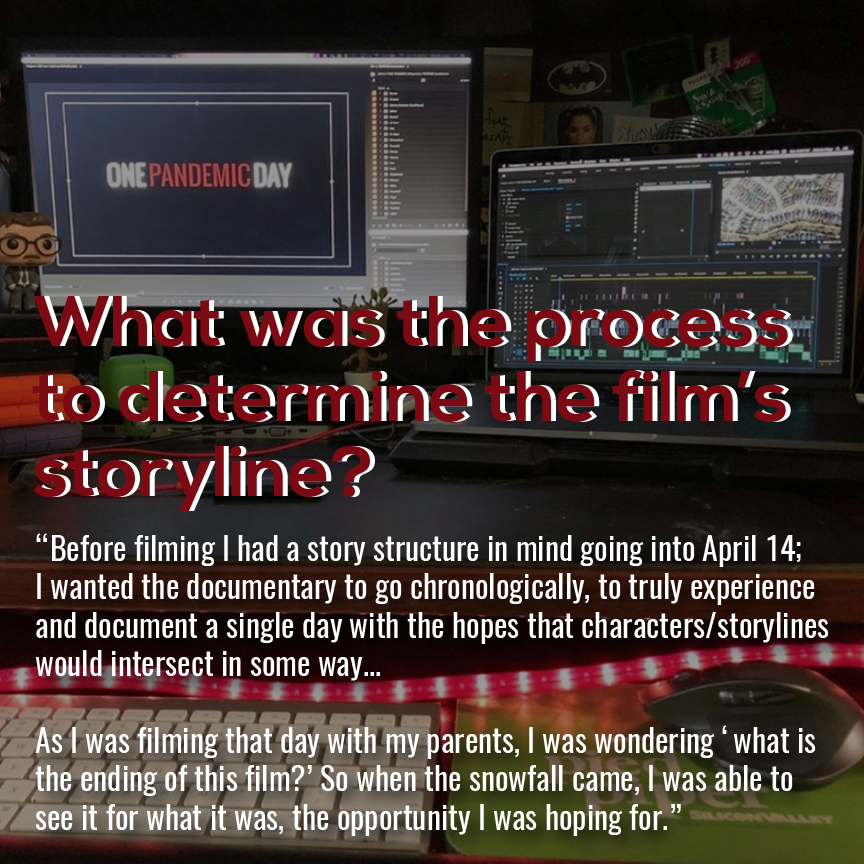 “Before filming I had a story structure in mind going into April 14; I wanted the documentary to go chronologically, to truly experience and document a single day with the hopes that characters/storylines would intersect in some way (even if it was only thematically). Like the film Magnolia, a large inspiration for the story structure of the film, I knew I could connect some of the storylines through the Trudeau and Ford television press conferences as long as some of our participants showed themselves watching it. I hoped characters would intersect in other ways but I had no way of controlling that or knowing if that was achieved until days later when I watched the footage.

As I was filming that day with my parents, I was wondering “what is the ending of this film? If only the film could climax in a way or an event that would tie all or most of the characters together like in Magnolia. It would be impossible to get them all in the same room/scene together but something that they all experience, not knowing they’re experiencing it together.” When it started snowing at 6:30 pm, I was elated! This was that bizarre moment! I just had to hope several of our participants were a) still filming b) went out in the snow or just happened to be there! Again, I would not know if I actually had an ending to the film until days after when I received all the footage from the participants. And I also did not tell Bryn, one of the producers, to tell the participants to capture the snow because I wanted it to be completely natural. If they got it they got it.

I got lucky with the snow and with the several participants who happened to catch the snow. But you know what they say about luck; “luck is when preparation meets opportunity” and I spent days planning and preparing the film’s story structure before the shoot day. So when the snowfall came, I was able to see it for what it was, the opportunity I was hoping for.” – Mikelle Virey 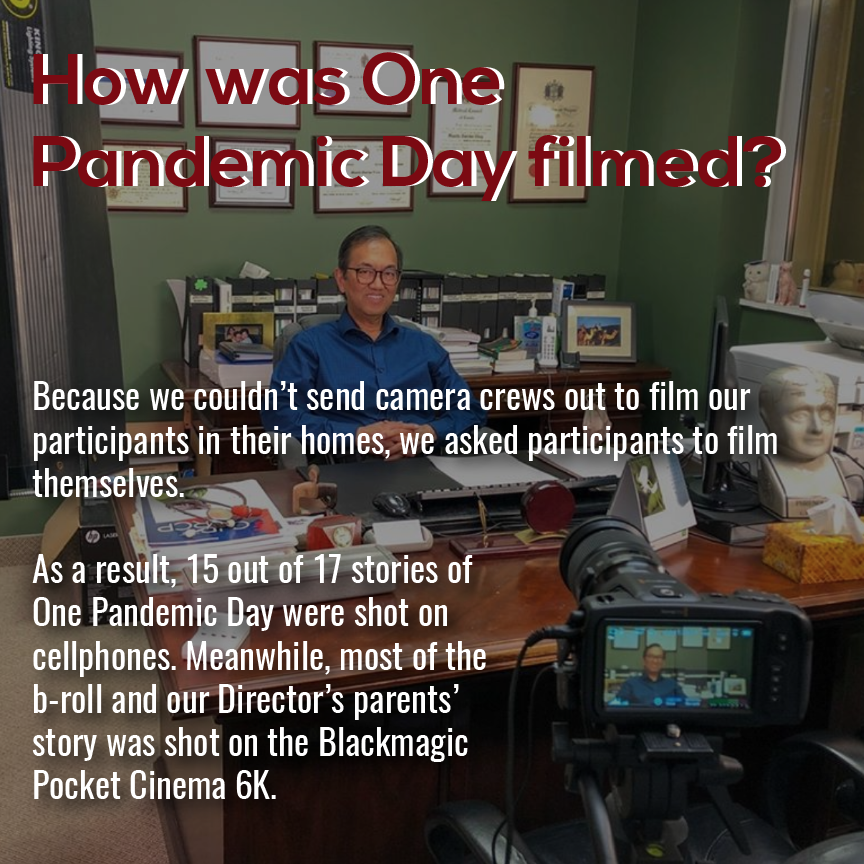 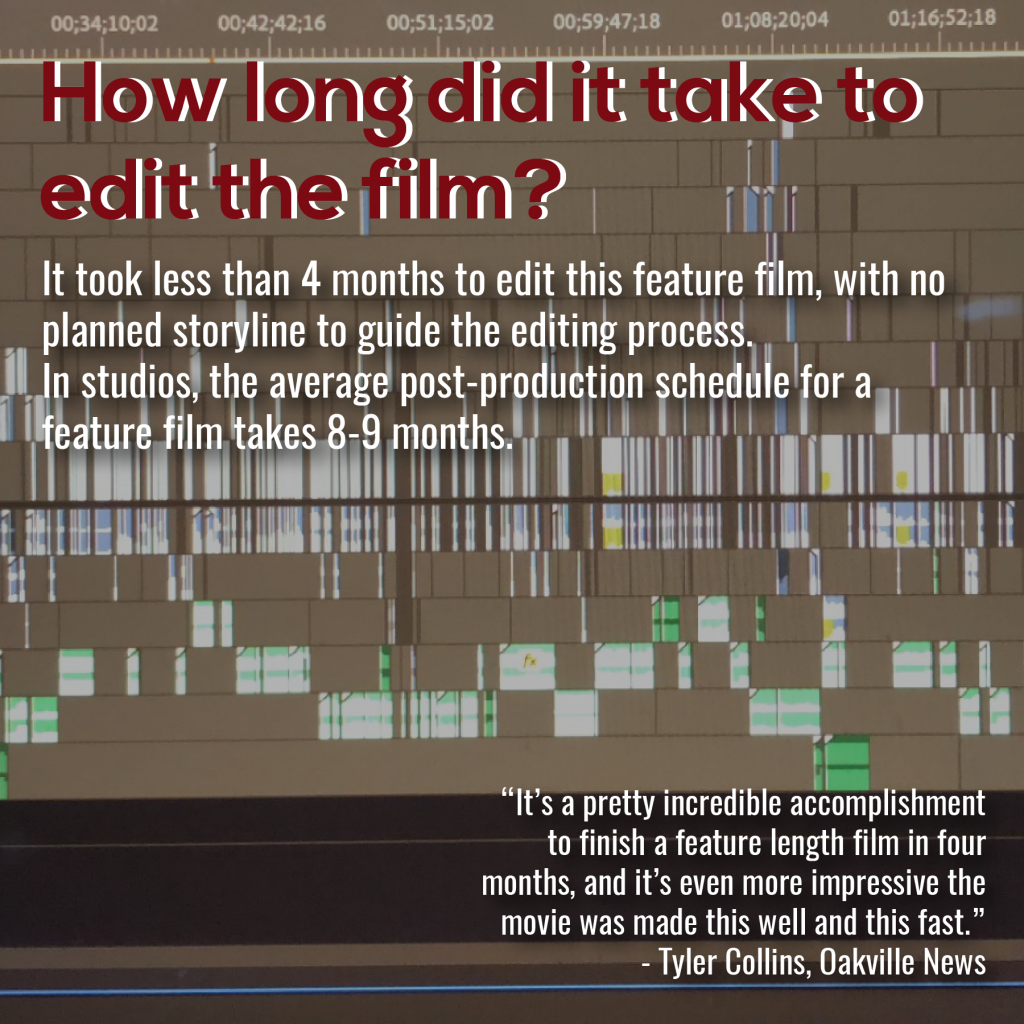