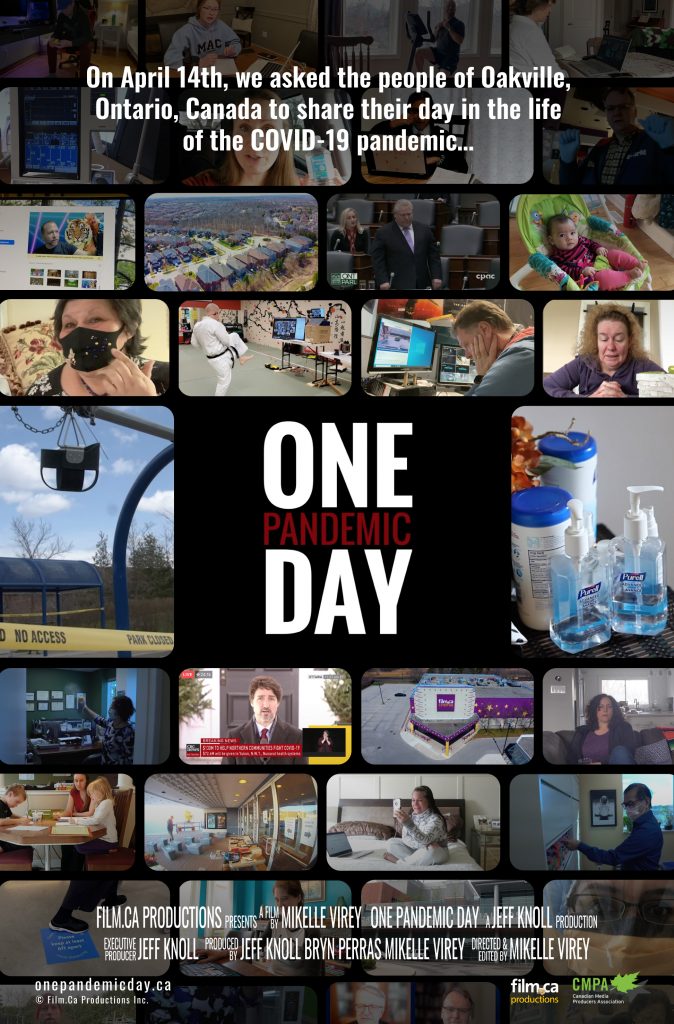 It’s Tuesday, April 14, 2020. The world is 35 days into the COVID-19 global pandemic. In Oakville, Ontario, Canada, a community wakes up to another day of home isolation, uncertainty, boredom, financial stress, worry, procrastinating teens and an uncooperative banana bread recipe. This unique documentary features the lives of 17 groups, the footage recorded by them using their own smartphones and cameras. We go behind the scenes of small business owners, essential workers, parents, students, children, political leaders and many more.  This relevant and timely film provides us with an up-close and personal view into One Pandemic Day that will go down in history forever.

A WORD FROM OUR DIRECTOR

“Doing this film was a huge risk, challenge and experiment. I definitely had a vision of what I wanted the film to be like visually and structurally but there were many factors that I could not control and would remain unknown until the day after production when I received the footage.

Would there be a lot of submissions? Would those submissions contain enough footage? Would that footage contain a story that I could cut into scenes?  The next challenge was to see if those stories could be woven together in a coherent way that builds to something especially since the film only takes place in one day. I told the producers we’d be lucky to get 30 mins.

I communicated some tips/ideas on what and how to film to the participants the night before but mostly left it untouched and let the participants choose what and how they wanted to film. I told them it could be observational cinema or they can interact with the camera as much as they want. And to just keep it rolling. And if your day is boring, that is what I want. I didn’t want anyone to put something on for the camera. I wanted a true document of what life is like in these pandemic times. 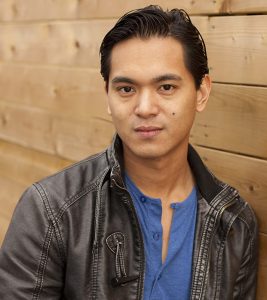 What I received was inspiring and honest. And the way the film weaves these stories together and builds just as I had hoped is far beyond what I thought was possible considering the total randomness of who wanted to participate. It is a beautiful but bittersweet depiction of a single day during the pandemic, in a single town but the challenges the participants face are challenges that everyone in the world will be able to relate to.

I hope this film will be seen by as many people as possible and I foresee many people watching this film 100 years in the future when they want to know how we people worked, lived and struggled during this delicate time as this is a true slice of life in the pandemic, a moment in history that will definitely change our world forever.”

A WORD FROM OUR EXECUTIVE PRODUCER

“The pandemic is one of those pivotal moments in history that people will use as a time delineator. Just like the generations that lived through World War 1 or 2 referred to time “before or after the war,” we will be doing the same for the foreseeable future and will mark time as before or after the pandemic. 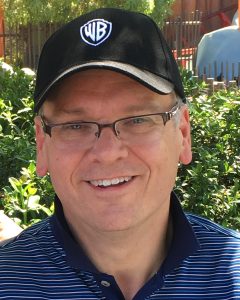 As a filmmaker, I wanted to play a role in documenting one aspect of the pandemic and provide insight into how we managed in our homes, our jobs and our businesses. I decided to share a snapshot in time illustrating how we adapted and coped with the sudden shutdown of the economy and the veritable lockdown we all shared as a species.

I am thrilled with how our film turned out and I know that it will become part of the collective narrative of the history of the Covid19 Pandemic of 2020. Our film demonstrates how resilient we all really are and how we can always find ways to adapt to even the most unimaginable circumstances.”